Broker-owner Carla Muss-Jacobs of Buyers Agent Portland is getting a lot of phone calls from a certain kind of buyer lately. Several times a month, people call her Portland, Ore., office looking for properties to turn into Airbnb short-term rentals. 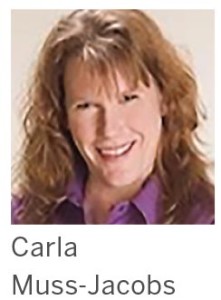 What’s perhaps most striking given the number of inquiries is that Muss-Jacobs hasn’t sold a single property explicitly for use on Airbnb. “I would have had five or six of these sales under my belt by now,” she says, had she not warned her clients about the potential obstacles. “I kind of burst their bubble by saying that Airbnb probably won’t fly in a condo or homeowners association,” she says, since many association bylaws prohibit rentals even when owner-occupied. “There are a lot of issues when buying a property for this purpose with many nuances.”

The issues Muss-Jacobs raises with potential clients range from zoning restrictions and second-home property taxes to special insurance coverage and property management costs. But she stresses that she doesn’t offer specific advice. “If someone wants to buy a property and turn it into an Airbnb, I can help identify the best location and the best property, but I couldn’t advise them definitely [by saying] ‘yes, you can do that.’ ”

Airbnb, which matches travelers with property owners who have a couch, a room, or an entire property to rent, has become powerful force in the real estate market. The company began in 2008 as an online platform matching budget travelers with people looking to make money from renting unused space in their homes.

Today Airbnb is a $25.5 billion business. It lists 1.5 million properties in 190 countries. Originally, most listings were offers to share a space with the owner, but now 65 percent are for an entire property, some available 365 days a year, according to Airdna, a research company that analyzes Airbnb data.

Browse Portland’s 2,400 active listings and you’ll find a basement bedroom with a private entrance in a downtown townhouse for $75 a night—and the owner “can have wine or cannabis waiting for you for a small fee.” An entire two-bedroom home in a quiet Portland residential neighborhood fetches $275 a night—the owners live in the house next door and offer to show you around town.

While the short-term rental business has been a flourishing niche, well, since the advent of the vacation, Airbnb, along with sites like HomeAway, VRBO, and Flipkey.com, make it easier and cheaper for consumers to book vacation properties. Meanwhile, property owners or managers can get lodging information in front of millions of potential customers in minutes. Airbnb collects a fee (usually around 3 percent of the rental price) only when an accommodation is rented.

The income potential is luring both home owners and investors to try their hand at being vacation rental entrepreneurs or “hosts,” as Airbnb calls them.

“The buyers I’ve talked to read about Airbnb or maybe traveled to Portland staying in an Airbnb accommodation and thought it was a good way to make money,” says Muss–Jacobs. “They primarily look at lower-end condos, which they want to buy with cash.”

One challenge in working with buyers interested in listing properties on Airbnb is the fluctuation in local regulations of short-term rentals, typically rentals shorter than 30 days. Cities, towns, and especially resort areas nationwide are rewriting these regulations for a variety of reasons. Some towns hope to benefit from a new tax and license fee revenue stream, while other areas seek to curb the conversion of single-family homes and long-term rental housing stock into transient accommodation. Portland welcomed Airbnb in 2014 by legalizing short-term rentals and striking a deal whereby Airbnb collects and remits lodging taxes on behalf of hosts. The city requires that hosts buy a permit for about $178 a year and have their properties inspected for safety. Portland expects to raise $500,000 a year in tax revenue, the Portland Tribune reported.

The public sentiment toward Airbnb is less enthusiastic in Austin, Texas, which has similar owner requirements as Portland. The city is debating ways to toughen regulations in response to public complaints about Airbnb “party houses” that disrupt the quiet of residential neighborhoods and could potentially lower property values. Austin is considering phasing out short-term rental licensing in some areas, increasing fines for unlicensed rental properties, and prohibiting the use of short-term rentals for gatherings such as bachelor parties, weddings, and concerts, according to the Austin American-Statesman. Officials of San Francisco-based Airbnb declined to be interviewed for this article.

Aiming for even tighter restrictions, San Francisco put forth a ballot initiative in November, sponsored by community groups and the hotel industry that would have given neighbors greater power to sue property owners suspected of violating the law. It also sought to limit the number of days property owners could rent space to just 75 a year—down from the current 90. Voters narrowly defeated the bill. Still, a 2015 ordinance has restricted short-term rentals to owner–occupied properties and requires hosts to register with the city as a business. Airbnb now provides data to the city treasurer about how often homes are being rented out and at what cost so officials can track hosts who are not paying the required taxes. 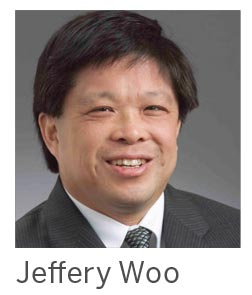 “In markets like San Francisco where there is a rental housing crisis and the city has limited the lawful short-term rental of property, Airbnb-type platforms cause confusion in the market,” says Jeffery Woo, real estate attorney and board member of the San Francisco Association of REALTORS®. “Some [potential] sellers, who are profiting from renting short-term, may not be willing to sell. This is constricting the market supply. And some buyers are counting on using Airbnb to help them make their mortgage payment even when it is legally dubious to do so.”

Though the SFAR board of directors unanimously opposed the city’s most recent attempt to tighten rental restrictions, says Woo, the association worked closely with the city’s planning commission on its earlier ordinance to strike a balance between protecting private property rights and preserving affordable housing. 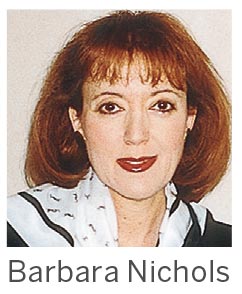 Perceptions vary about the impact of short-term rentals on property values. “In my neighborhood, the biggest problem is the party houses,” says Barbara Nichols, a REALTOR® and owner of Nichols Real Estate & General Contracting in Beverly Hills, Calif. “The police show up and tell them to quiet down, but they don’t care because they’re only there for a few days. There’s one case where the lessee was renting it out on Airbnb without the owners’ knowledge.”

Under current rules, short-term rentals are illegal in most of Los Angeles. Still, hundreds of listings are posted on Airbnb throughout the city. “An Airbnb next door is a property stigma,” says Nichols. “We should add short-term rentals next door to our property seller disclosure forms.” (Read more about Nichols’ views on the risks posed by Airbnb here.)

Muss-Jacobs has a different view, believing Airbnb may help raise property values in Portland. Homes on the market may fetch a higher price if they have “rentable” features—such as a finished basement with its own entrance—or are already established as licensed and profitable Airbnb enterprises, she says. 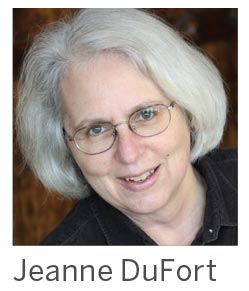 The growth of short-term rental opportunities may well spur sales in some areas. In Madison, Ga., the popularity of Airbnb and similar platforms is helping bring buyers into the second-home and retirement-home market earlier than they otherwise could, says sales associate Jeanne DuFort with Coldwell Banker Lake Country. “Buyers who plan to retire in a few years think, ‘I can afford to buy this home now as long as I can rent it out,’ ” she says.

Short-term rentals—typically family vacations stays—are an important pipeline for housing sales in her lakeside area. “People come and try the community by renting a home on the lake or on the golf course for a vacation, then decide to buy,” says DuFort.

Had county commissioners in DuFort’s area restricted short-term rentals as proposed in 2015, property values would have dropped, she says. “Our opportunity to sell vacation and second homes would have been reduced and some of us involved in property management would have seen that business go away.” DuFort and her local REALTOR® association were able to convince the county that Airbnb and similar platforms posed no threat to the quality of life in the area.

Practitioners who specialize in second homes, resort, and vacation properties are now faced with a more savvy buyer because of Airbnb, says Holly Mabery, RSPS, SRS, an agent with Realty One Group Mountain Desert in Sedona, Ariz. “Traditionally, short-term rentals were held behind the magic curtain, and you had to work with an agent who specialized in them to get a feel for values and return on investment,” she says. “Now, with Airbnb and VRBO, that curtain is gone.” Airbnb posts rental prices, service fees, and taxes for its listings, making it easier for investors to see the competition in the area and what the market will bear. 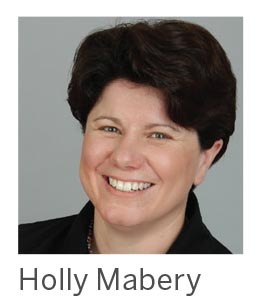 Such changes can be positive. Although Mabery’s clients are mostly seasoned investors, Airbnb has enabled them to market their properties to a wider, younger, and more global audience, she says.

Vacation home sales jumped 57 percent in 2014, reaching their highest levels since NAR began tracking them in 2003. While the connection between the online platforms and the sales increase is hard to quantify, it’s clear consumers are viewing real estate through a new lens. “The ways in which people can use their property have become broader and it gives me a new tool to use when I’m strategizing with clients over their real estate portfolio,” Mabery says. “Some clients have actually been able to buy up because of the Airbnb effect.”

Still, agents working with Airbnb-minded clients face a range of complicating issues.“[Consumers] need to know the true costs of a rental—provided their property is legally rentable in the first place,” says Mabery. For example, “they need to invest in higher-end appliances and good bedding. They can’t just go to Goodwill and furnish a vacation rental.” Buyers must consider turnover costs and maintenance and calculate the cost of nights not rented, she adds. “That’s a huge mind shift for people just putting their toe in the water of short-term rentals.”

Airbnb insists in public statements that it wants to be a good neighbor as its role in the sharing economy evolves. Still, communities are split on its merits. While some home owners fume over the “hotelization” of neighborhoods, others need the rent from their spare rooms—or entire home while they’re away—to pay their mortgages. As municipalities debate new rules addressing the obligations of online platforms, real estate pros can play an important role in helping clients understand the state of play in their markets.