Inventory continues to be very low, at just 2.2 months, the result of fewer homes coming on the market while sales stay fairly constant. The number of new listings on the market year-to-date is down 7.6% from 2016 while the number of sales is up 4.2%.

Condo/Townhomes:
Because there are fewer Condo/townhouse sales, looking at a three-month rolling average for median prices makes the most sense, so that’s what we’re going to be looking at. On that basis, median sold prices are 4.7%, to $696,667, compared to September 2016’s $665,667.

The number of condo/townhome listings are also down year-to-date compared to 2016, by 4.9%. And, like single family homes, sales are up over that same time frame by 9.7%. This combination has led to the exceptionally low current inventory of 1.4 months, half of what it was last year at this time. 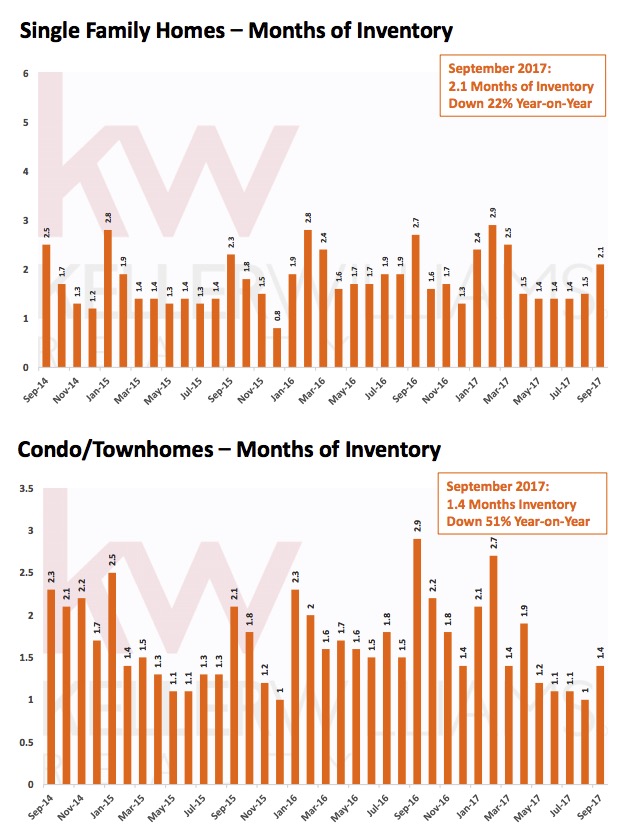 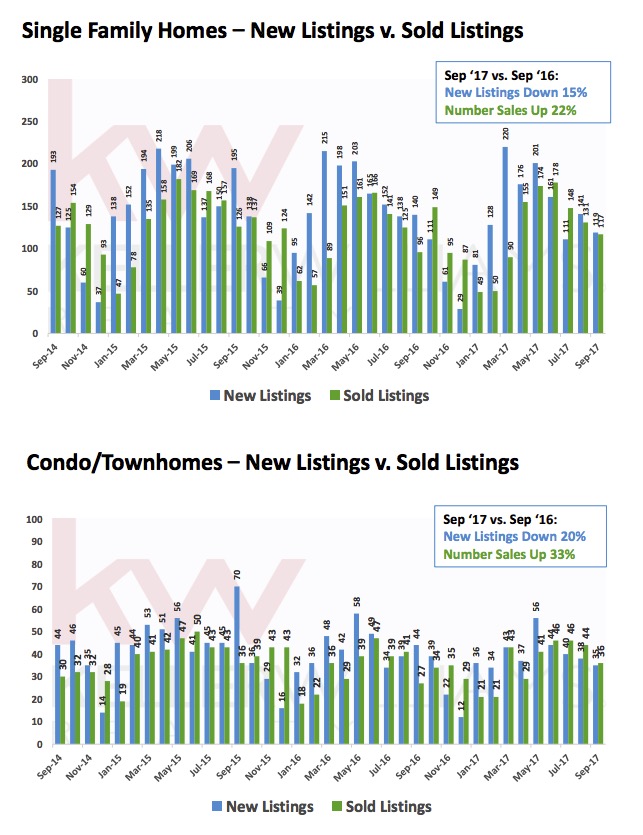 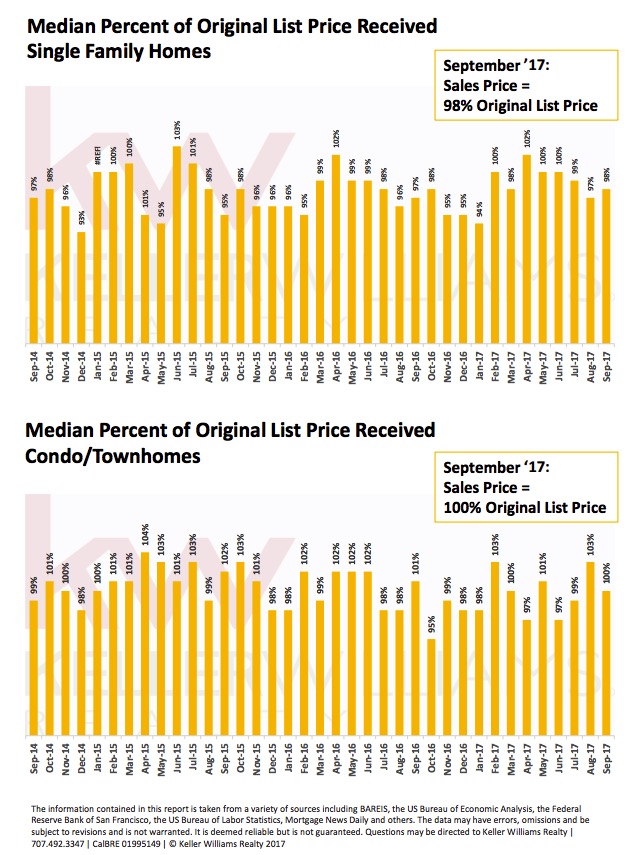