The Conference Board is sounding a cautionary tone in its economic forecast: “Less support from monetary and fiscal policy, and a weaker global economy will gradually slow the economy to below 2.5 percent growth by the end of 2019. Already, higher interest rates along with labor shortages in construction, and higher materials costs, have led to a cooler housing market.”

In Marin, there are two signs that buyers are tiring of limited choices and consistently rising prices. August’s single family home sales price, $1,293,000, was the lowest in five months. August’s condo sold price was virtually unchanged from July’s but down from June’s. And, sales are down 3.6% year-to-date for homes and 11.3% for condos.

Inventory remains very low for both homes and condos which is keeping it a sellers market.

Condo/Townhomes:
The three-month rolling average median sales price of $786,000 is up 20% over last year’s. 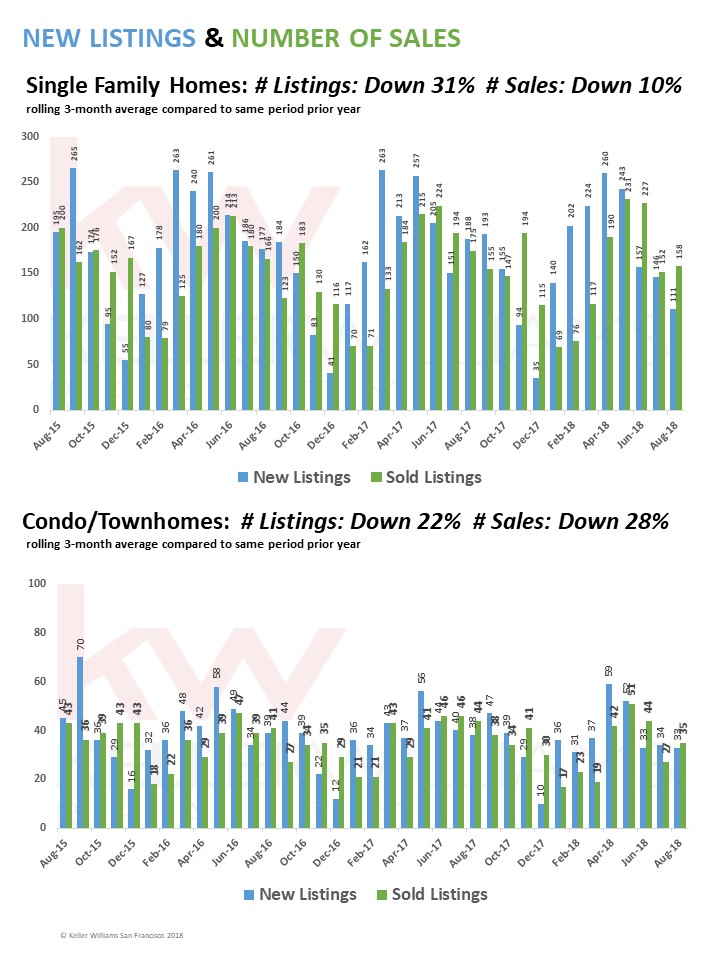 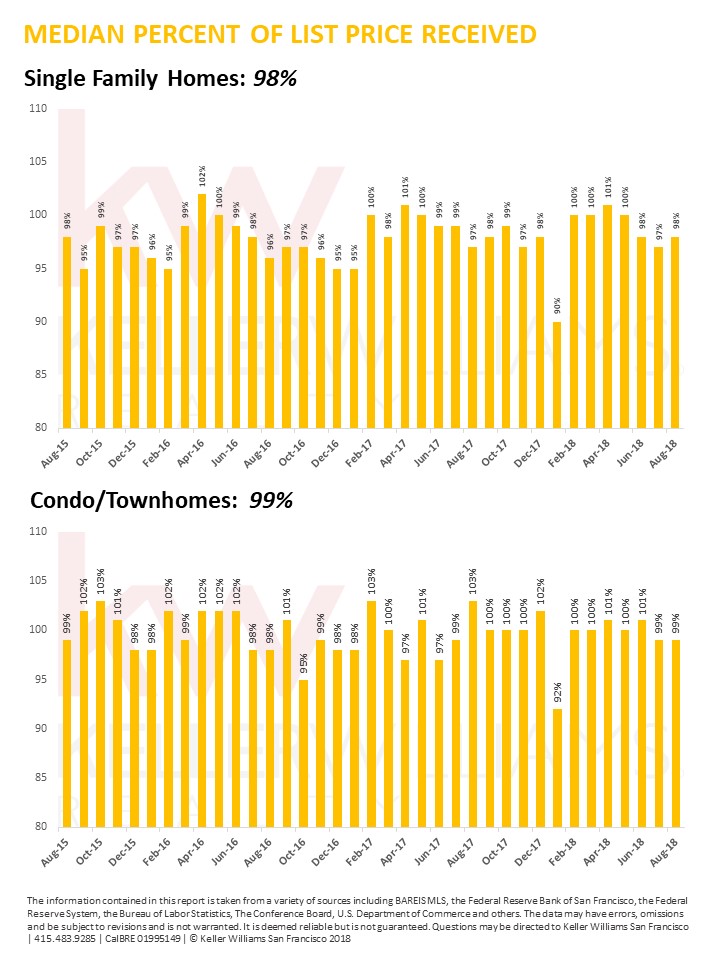 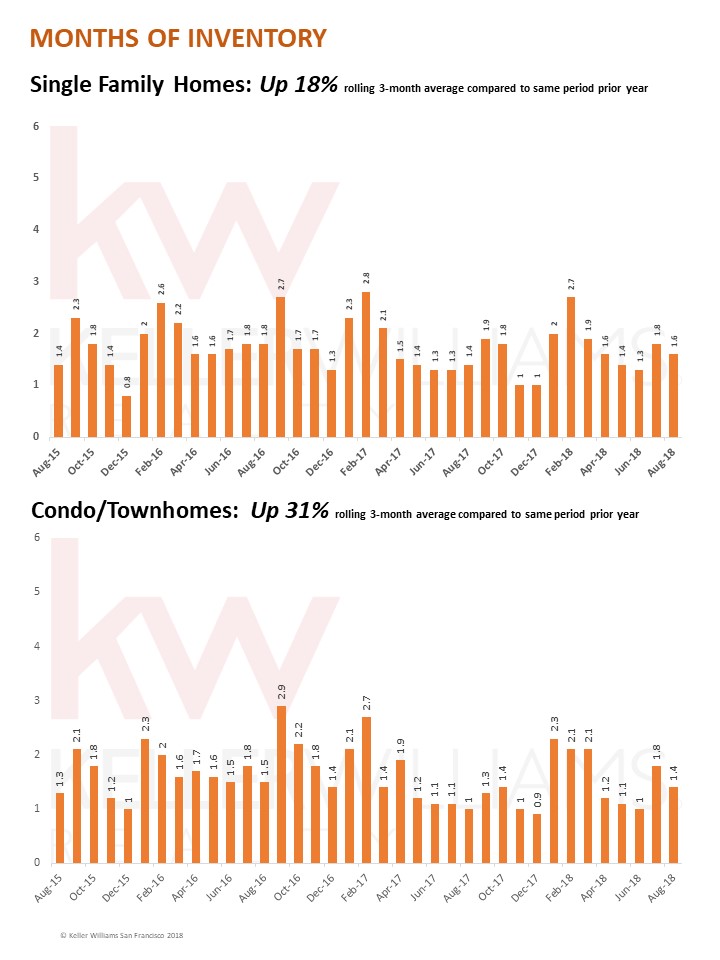