September 2016 – Further Evidence of The Shift

Likewise, we predicted that hindsight would show that the condo/loft market had peaked this past June – we stand by that. August is a bit above July but down 6.5% from June. With more and more condos coming on the market, sold prices will continue to weaken.

And, as happened last month, the number of new-on-the-market single family home listings continues to be lower than in 2015, now off 6.2% year-to-date.

The number of months of inventory of condos/lofts city-wide has stayed above 2.6 for the past five months, reaching 2.9 in June and July, a territory it hasn’t staying in since mid- 2012.

District 9 is even higher, up 50%, with a 3 month’s supply, the highest since July, 2012. Again, months of inventory is rising in the condo/loft market because the number of units selling is less than the number of new listings coming on the market. 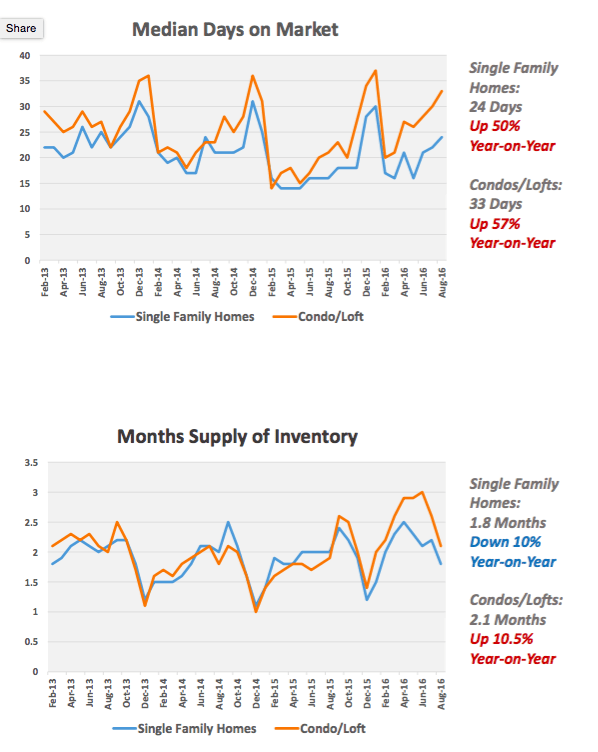 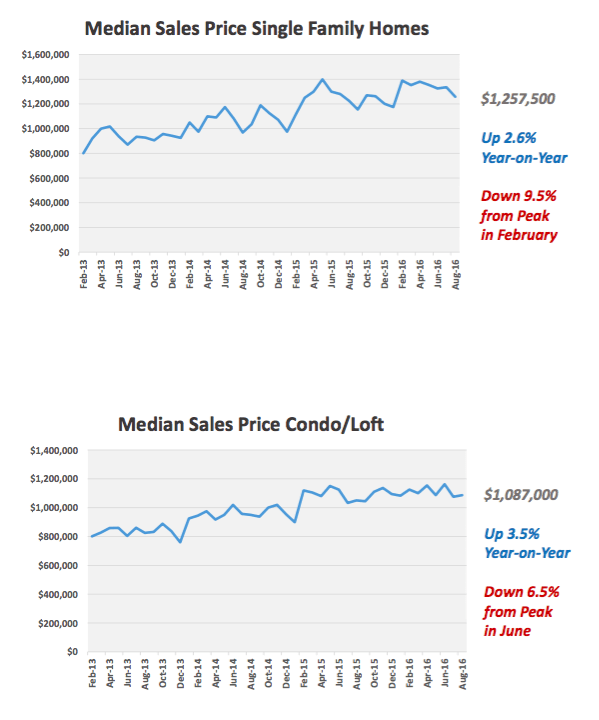