Right now, our economy is being driven mainly by strong consumer spending. And while there has been a lot of talk about big infrastructure spending by the new administration, any positive impact on the economy from that will be felt in 2018 and beyond. So, if consumer confidence weakens from concern over rising inflation, or if purchasing power erodes because of it, the economy will suffer.

The charts on the following pages graphically depict this message: San Mateo County remains a strong sellers market, with incredibly low inventory of both homes and condos. Median sales prices ended the year up 13.5% for single family homes and down 5.0% for condo/townhomes. At $1,340,000 and $700,000, respectively, both are below their peaks earlier in the year (May $1,400,000 homes; April $818,500 condo/townhomes). However, given the incredibly low inventory, it is likely that prices will strengthen as the Spring selling season starts. 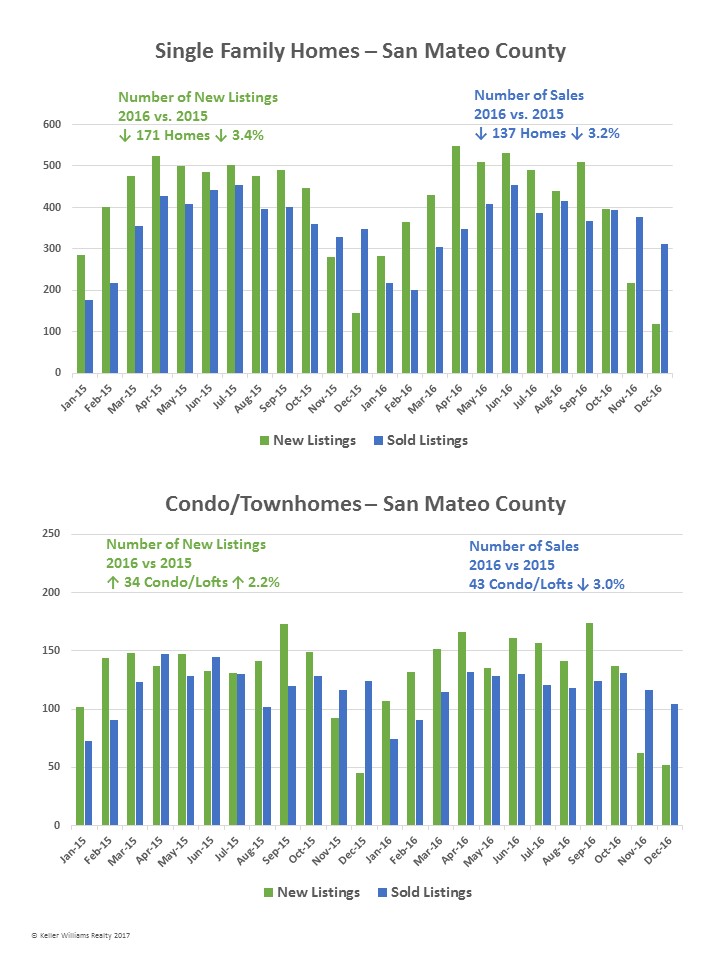 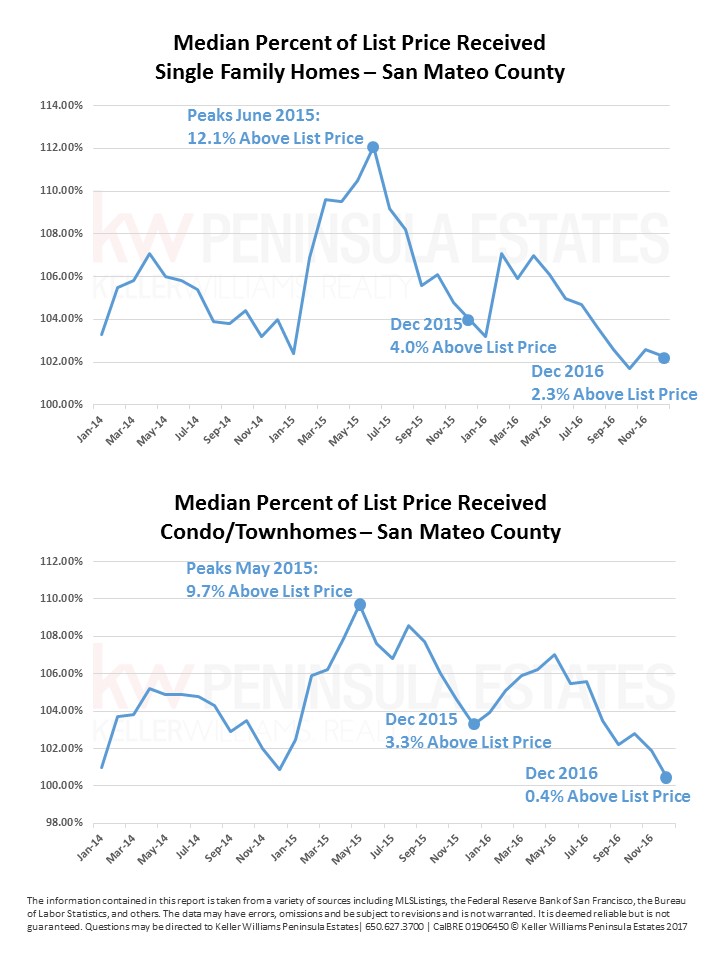