Many separate but connected events occurring in the global, national and local economy may have an impact on the Napa real estate market this year, the extent to which is unknown. These include a jump in the inflation rate, increased stock market volatility, the bond market sell-off, the weak dollar and talk of a fourth rate increase this year by the Federal Reserve Board.

Home buyers are laser focused on mortgage interest rates, as well as how financially secure they feel with their investment portfolios. A gyrating stock market can not only reduce buyers’ ability to deliver on their downpayments but also deter their eagerness to make offers, let alone bid aggressively on them. As mortgage rates rise, and perhaps even more this year than anticipated, it hurts buyers in terms of the amount they can qualify for and sellers in terms of the downward pressure it puts on home values.

All that said, Napa’s job market remains strong and buyer demand for entry-level housing out-strips the supply. The buyer and seller sides may come a bit more into balance in that segment of the market this year.

Single Family Homes:
The three-month rolling average median sales price of $655,000 is up 6.3% over last year’s.

The median percent of list price received was 95% in January.

Condo/Townhome’s:
The three-month rolling average median sales price of $400,000 is down 2.1% over last year’s.

The median percent of list price received was 98% in January. 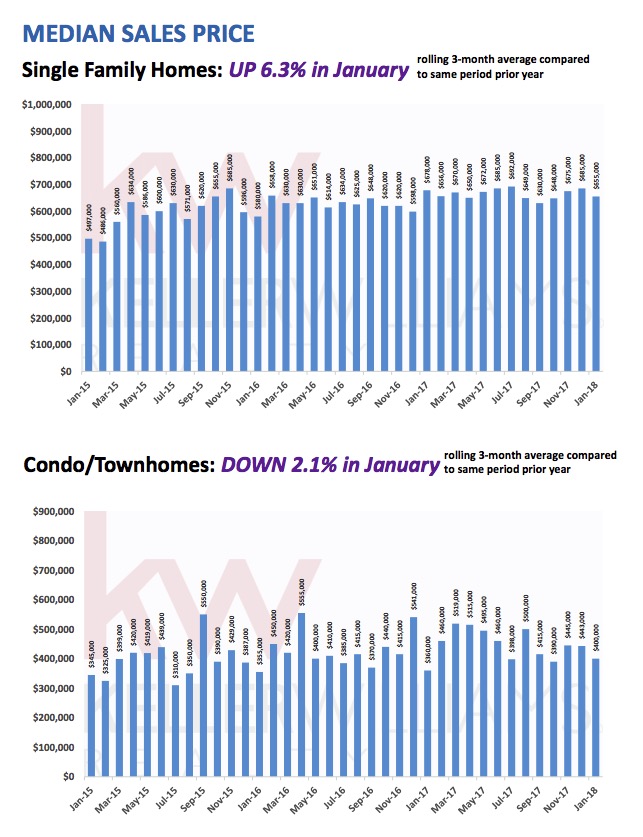 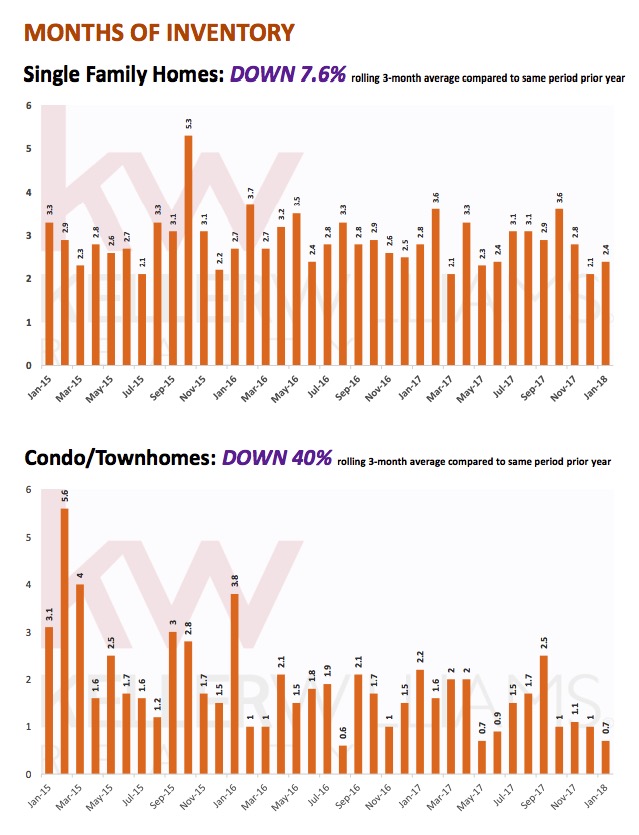 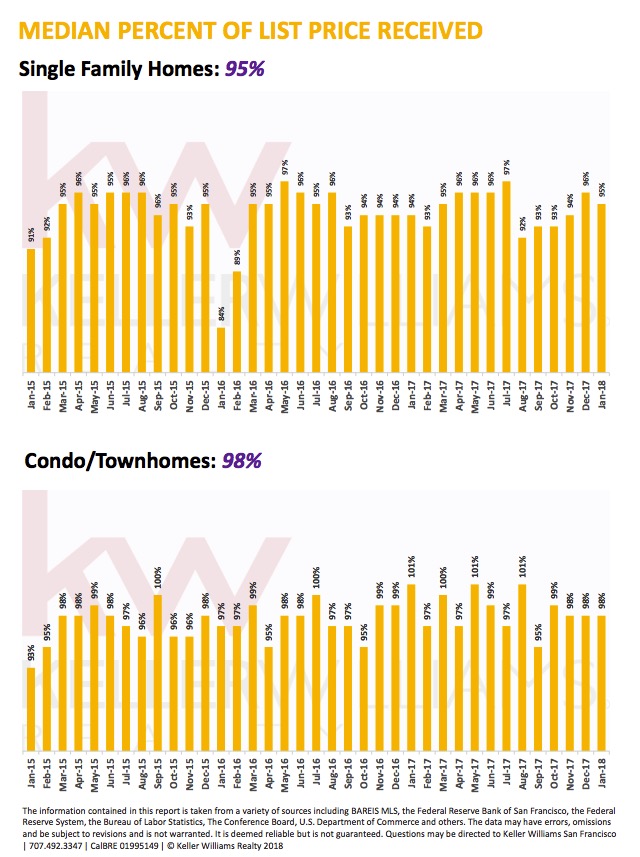