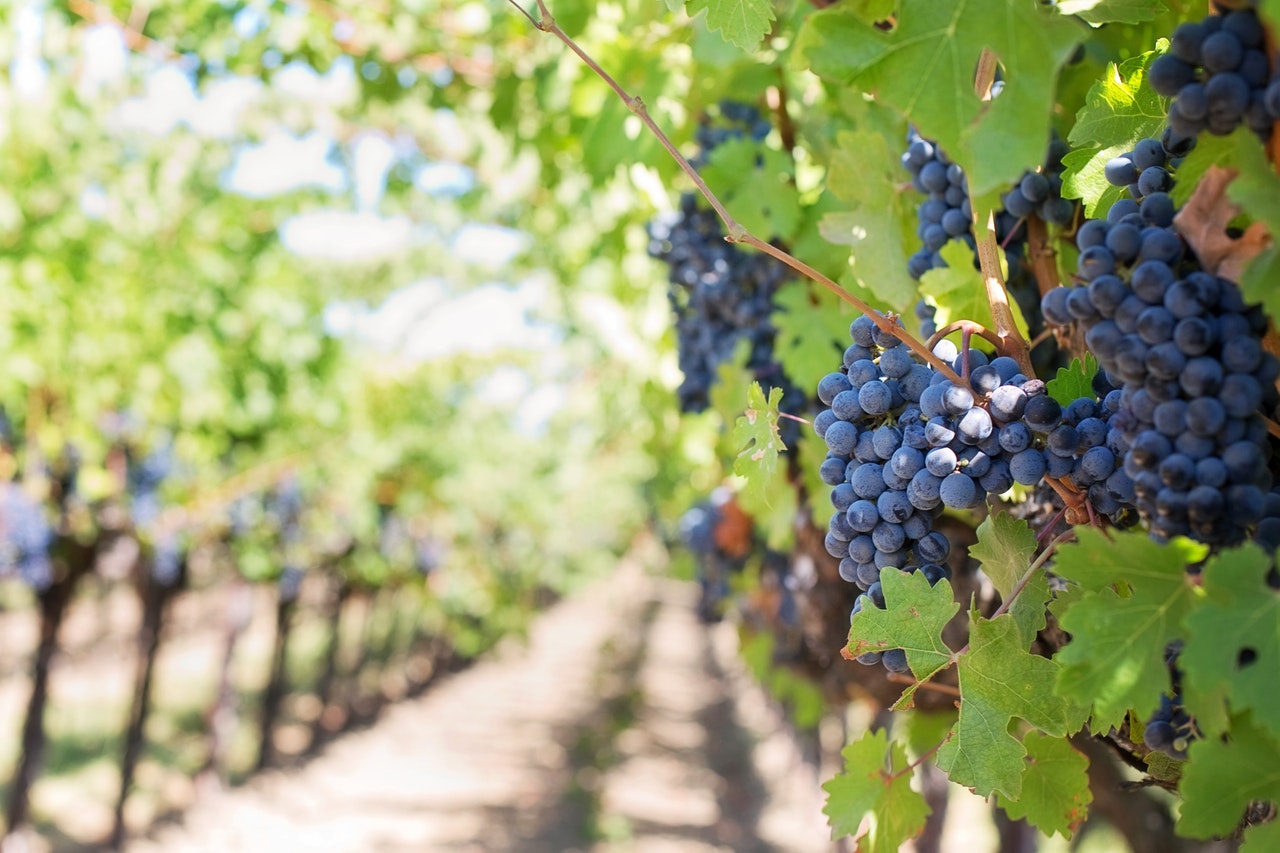 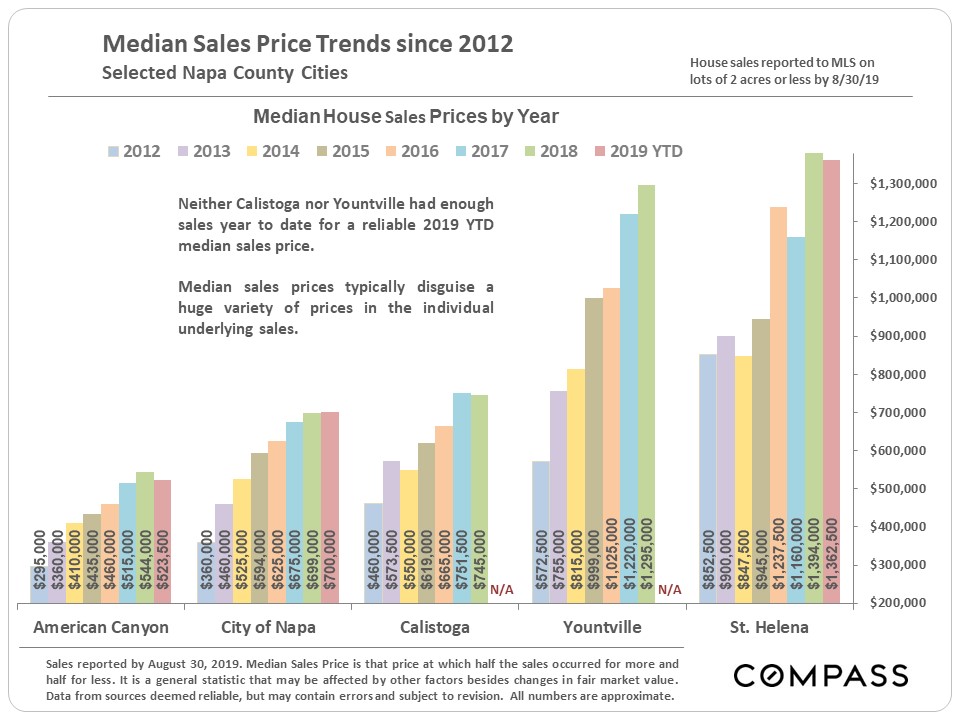 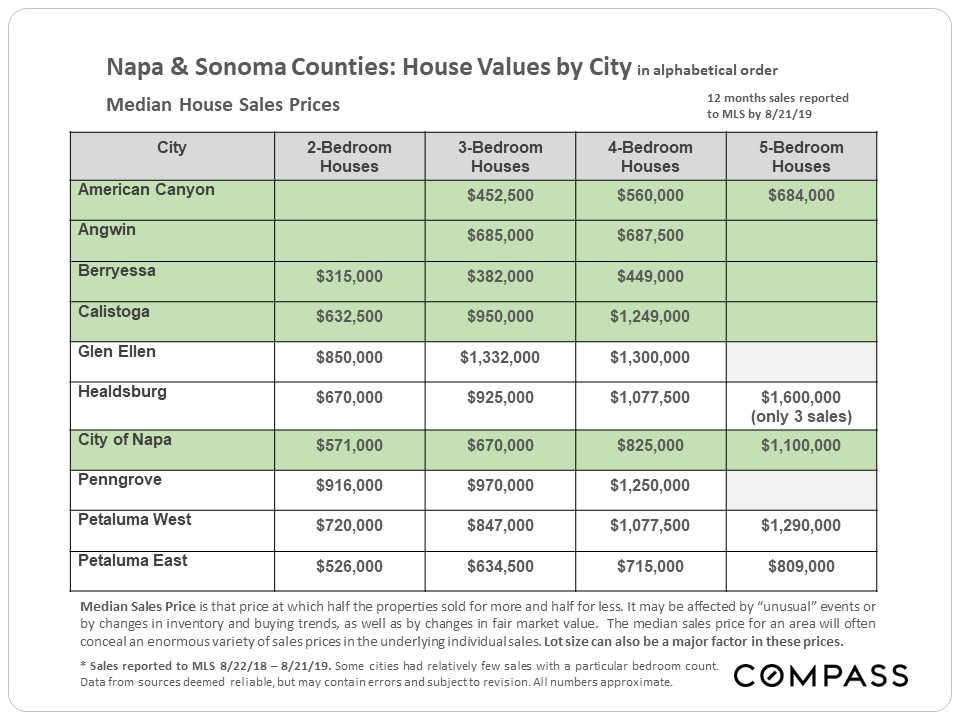 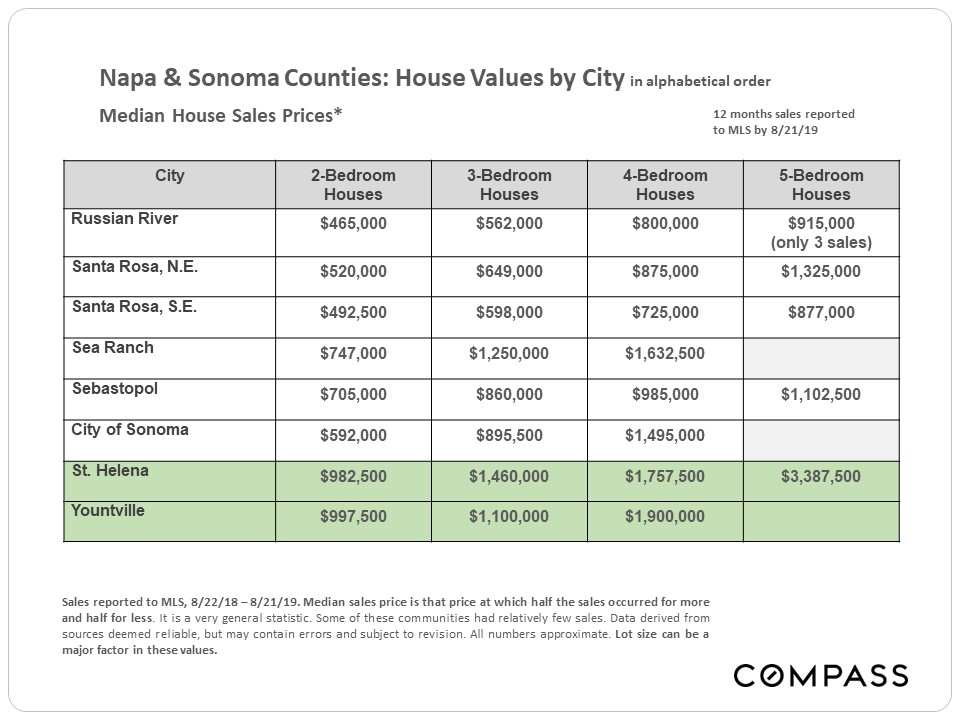 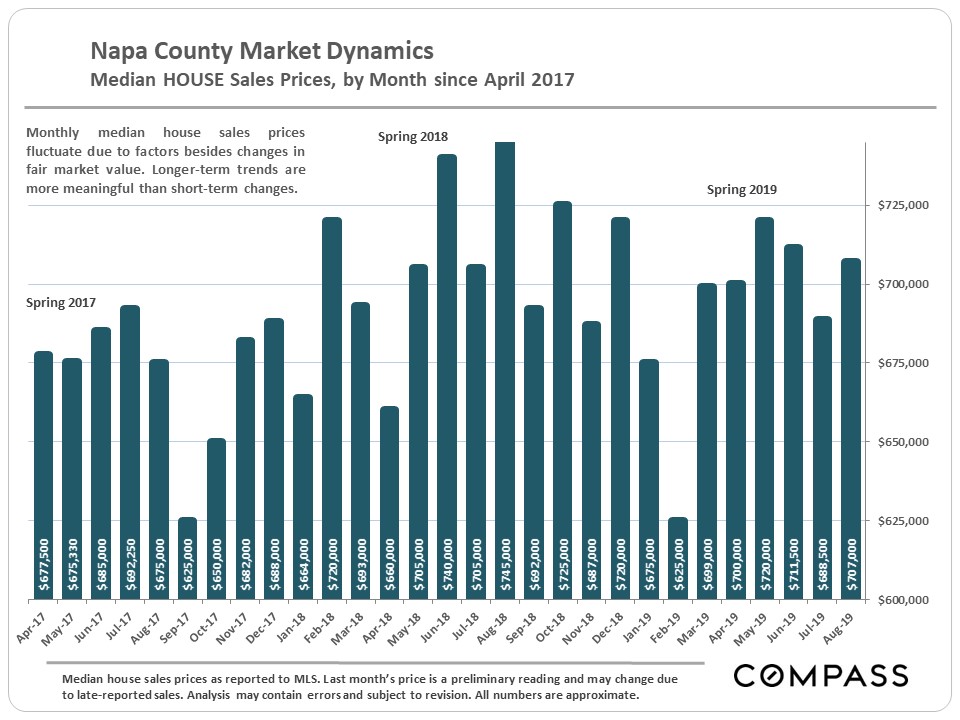 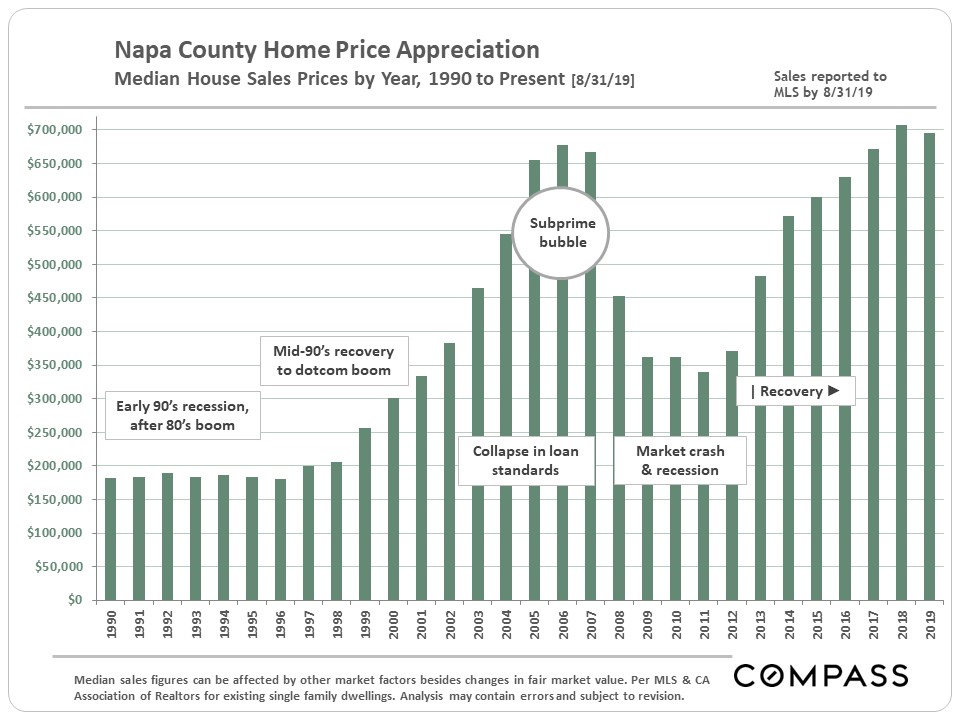 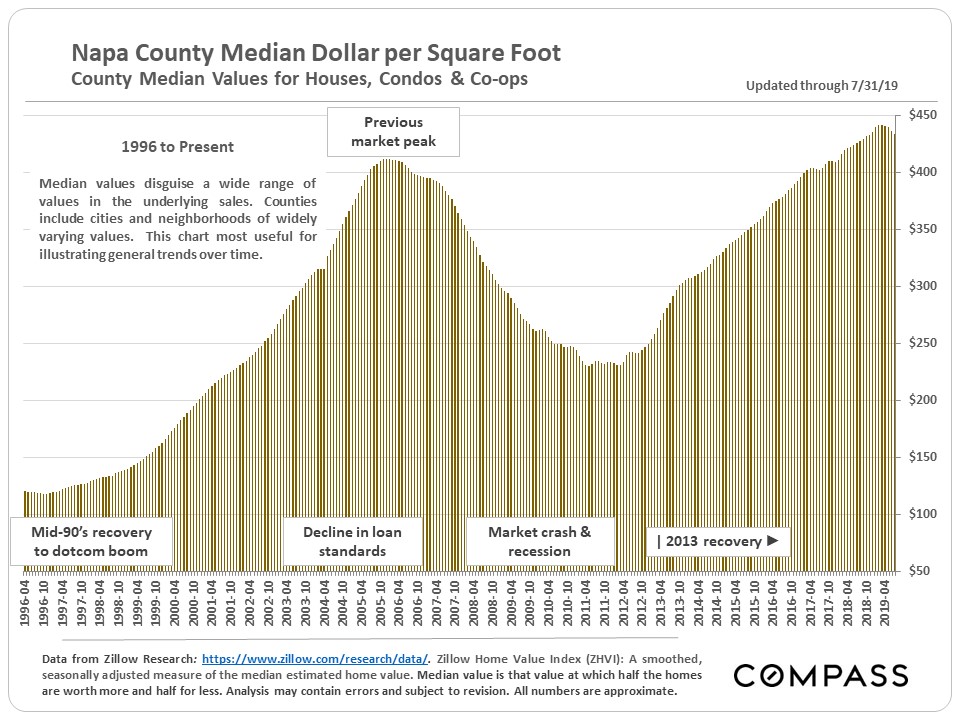 People Moving In & Out of Napa County

Using new U.S. Census estimates released 8/29/19, this chart attempts to identify U.S. counties, states and international regions with the highest number of residents migrating to and from Napa County. In the Bay Area, there is a general trend outward from more expensive to more affordable places, while in-bound migration is deeply affected not only by exchanges between Bay Area counties, but people arriving from other parts of the state, country and world. Areas often have large two-way exchanges of residents. 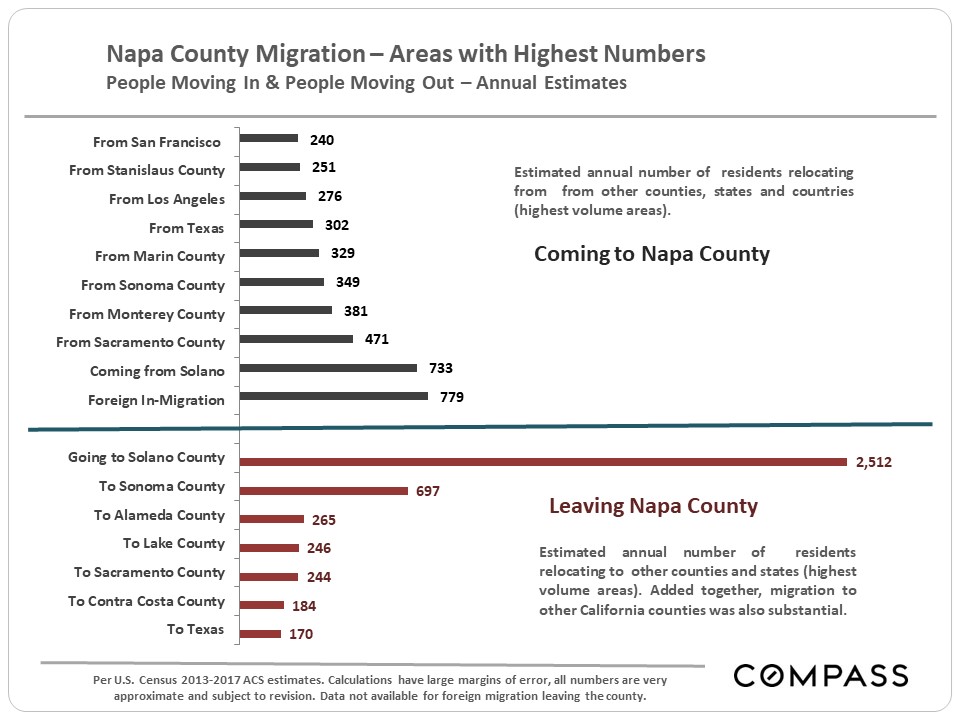 The chart below compares supply, the number of active listings on the market, with demand, as measured by the number of sales. This is a seasonally adjusted graph that smooths out normal monthly fluctuations to provide clearer historical trend lines. As context, the data below begins in 2013, after the market recovery was already well underway. If the data went back to the 2009 – 2011 period, during the post-crash market recession, the divergence between the two lines would be much, much greater than at any time illustrated here. 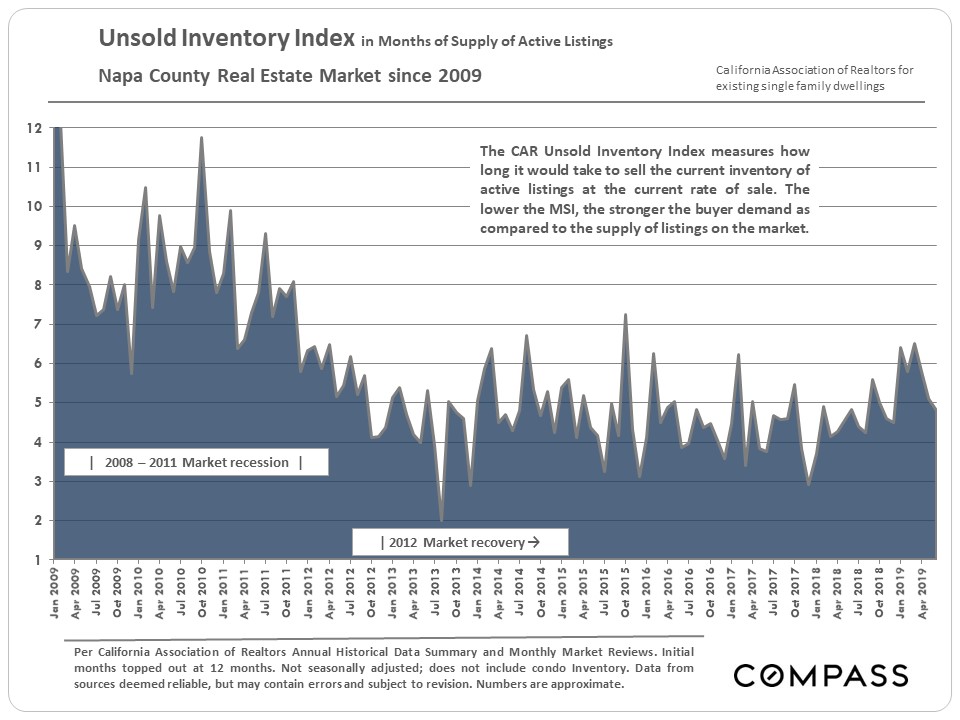 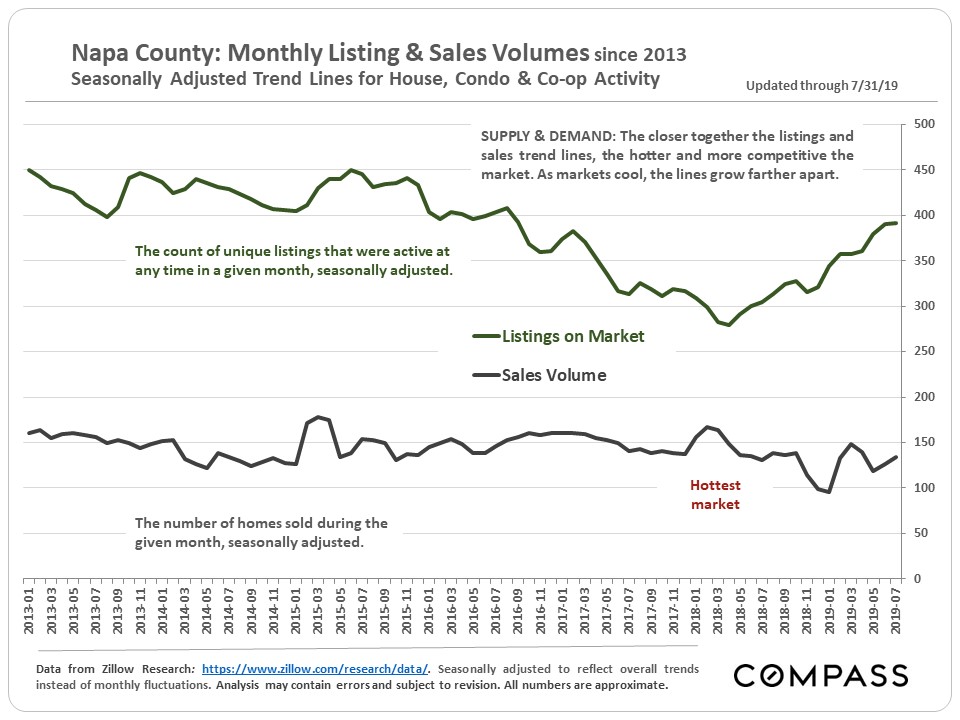 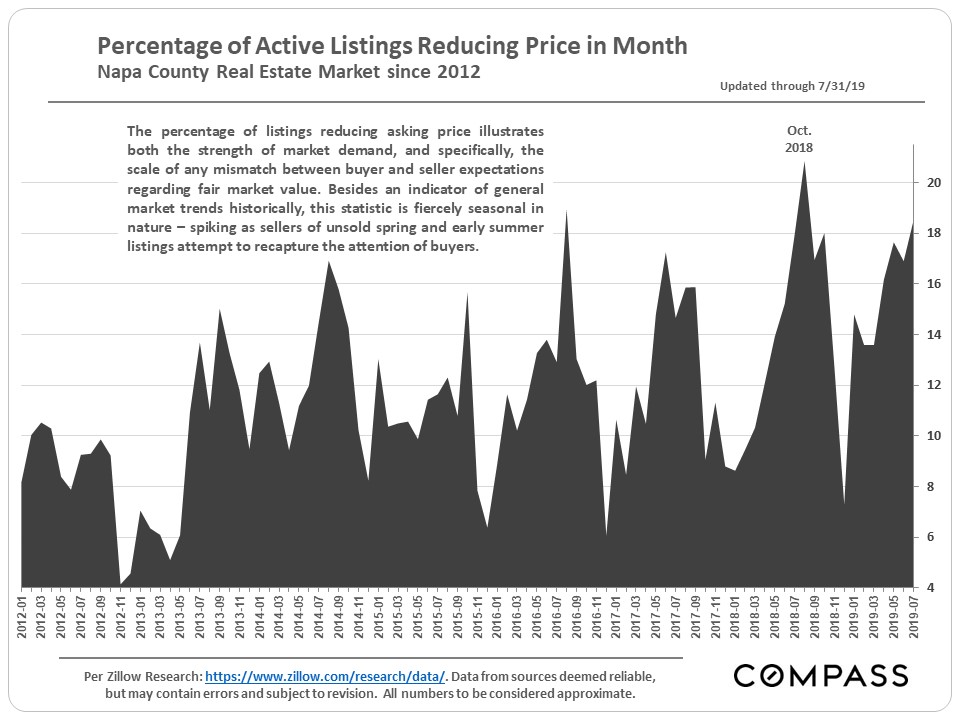