With the January inauguration of the new administration came a number of changes that have injected a certain level of uncertainty into some important aspects of business which could have a ripple effect into the already shifting Marin real estate market.

The first change was the executive order to ban non-U.S. citizens entering the U.S. from certain countries. This caused an immediate employee travel ban by numerous prominent San Francisco and Bay Area employers for potentially affected employees. Second came the announcement that the administration plans to double the qualifying salary threshold from $65,000 to $130,000 for an H-1B visa, making it much harder for employers to fill positions with foreign talent, a not insignificant source of employees in the high tech and bio tech sectors. Both of these injected uncertainty and potential business disruption into the business community, with some high-profile CEO’s speaking out against them because of fears of damage to their businesses.

On a stabilizing note, mortgage rates eased off slightly (about 1/8 percent) in January. However, most lenders expect them to rise somewhat throughout the year, to around 5% by year’s end.

While the charts on the following pages show that Marin is still a strong sellers market, there are a number of signs that it continues to shift towards a balanced market. First, although there is still very low inventory, just 2.5 months (less than 5 months of inventory is considered a sellers market), this is up 31.6% compared with January 2016. And while median sales prices rose 6.9% year-on-year, the average sales price fell to 94% of original list price, down from 96% a year ago. Buyers not only made lower offers, they made far fewer of them: 22.6% less than last January.

Sellers currently have the upper hand in the condo/townhome market as well, holding steady at 98% of list price received on their offers and median sales prices up 12.3% year-on-year. However, there are signs of a shifting market here too, with sales down 11% – the lowest January in three years. Inventory jumped up 21% but is still just at only 2.3 months. 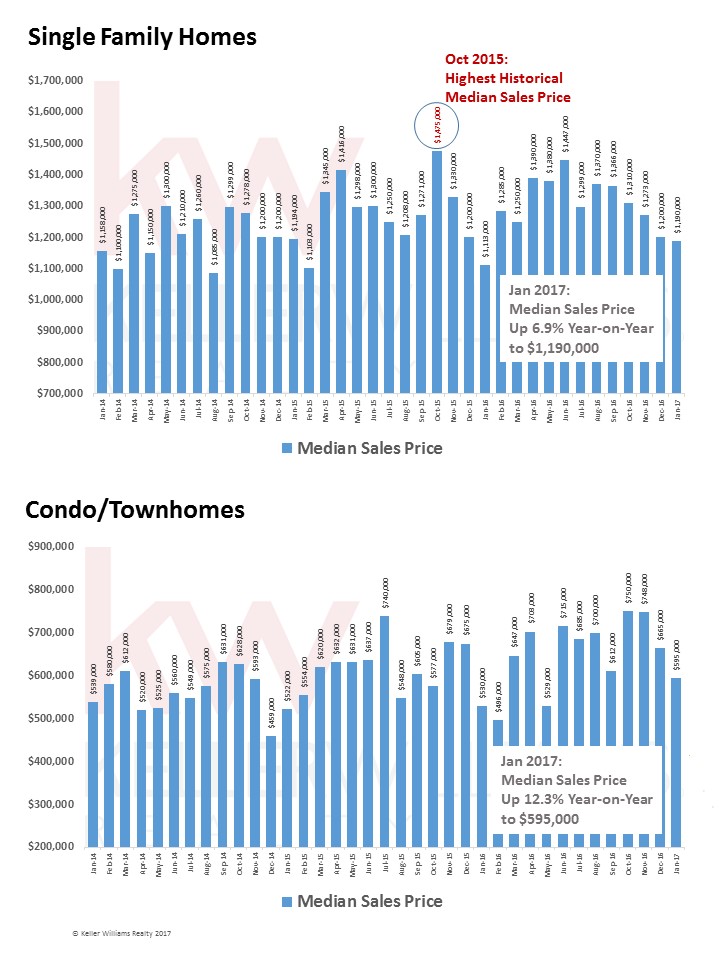 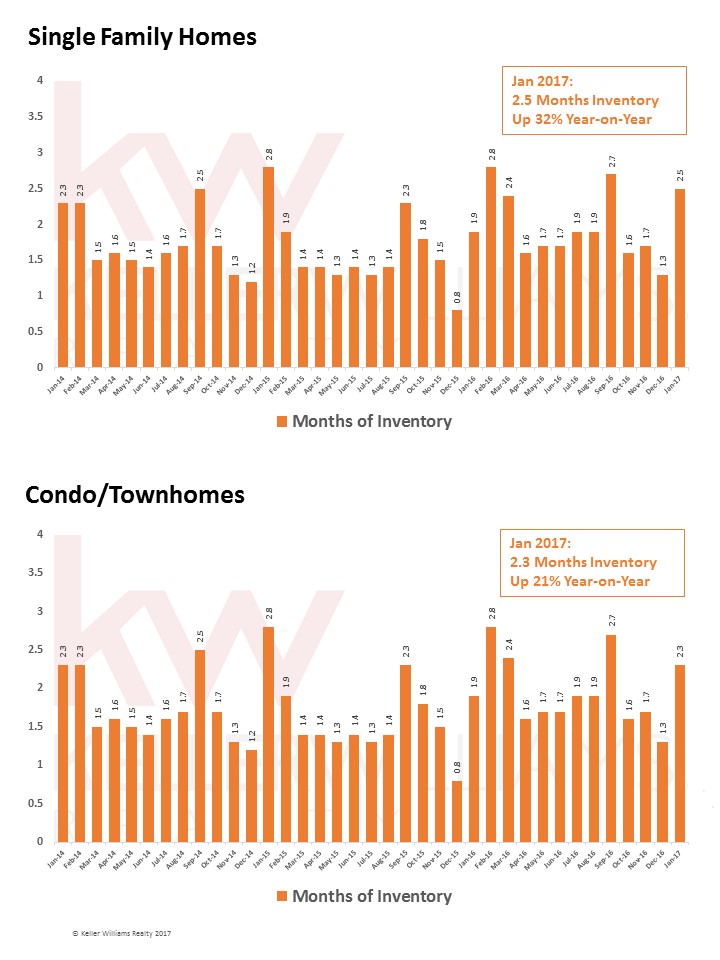 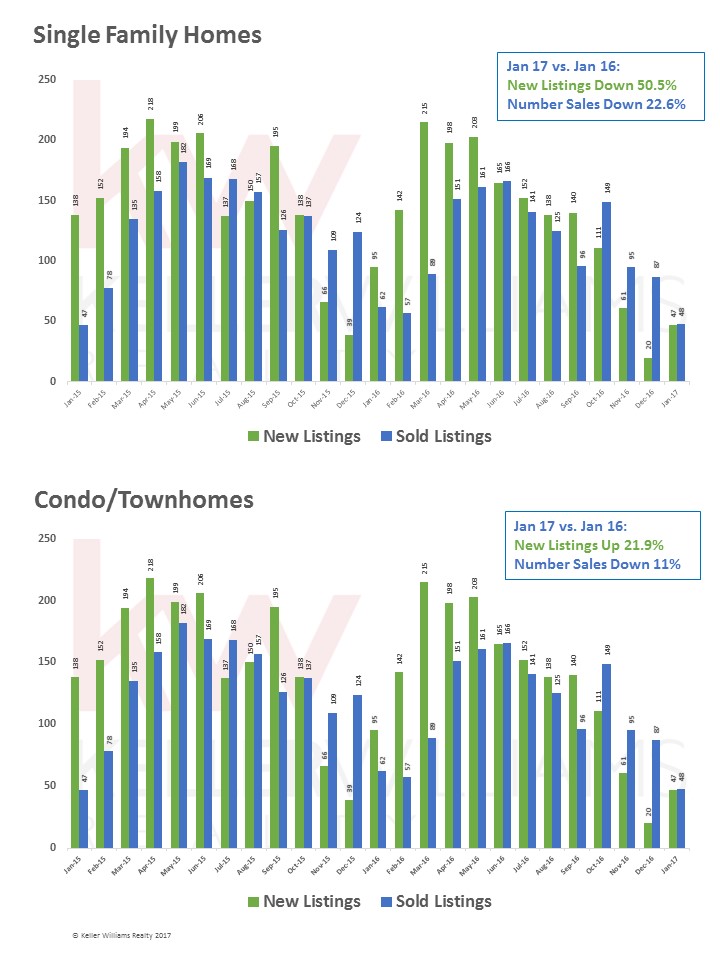 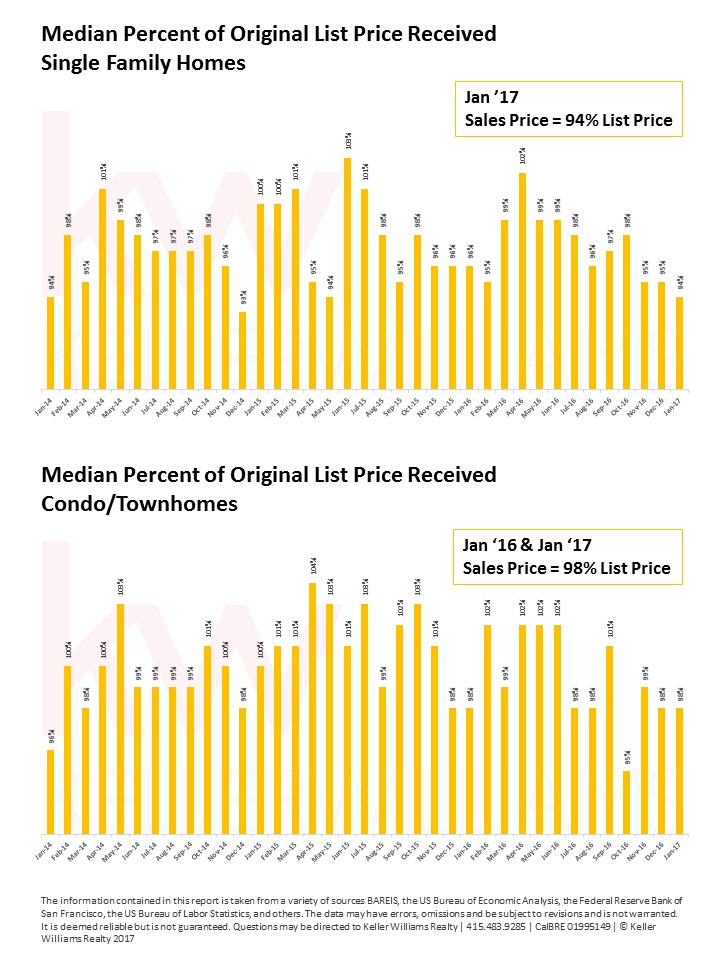