Buyers in the top 10 percent of single family homes in San Francisco, those priced at $2,800,000 or above, continued their historical trend of increasing sales in April over March, with 87 homes selling vs. 63 in these Spring 2016 months. Total number of sales in this price range is up from 250 to 267 year-to-date vs. 2015. This roughly 7% increase may actually just reflect the approximately 7% price appreciation in that price range, as additional homes moved up into that price bracket. 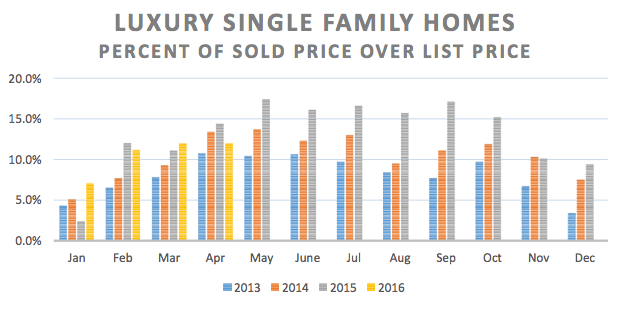 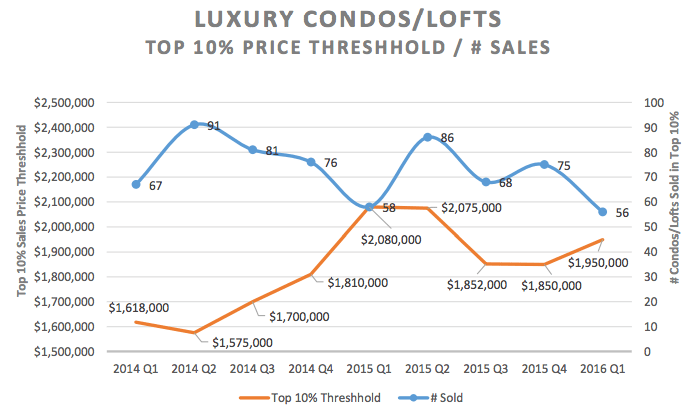 Moreover, the number of active luxury condos for sale in the $1.85M+ price range is now at 91, the largest inventory in the past 10 years. Months supply of inventory is also at its highest level since October, 2013, at 4.7 months. A balanced market is considered to be approximately 6 months supply, which San Francisco hasn’t had in this luxury price range since September, 2012. 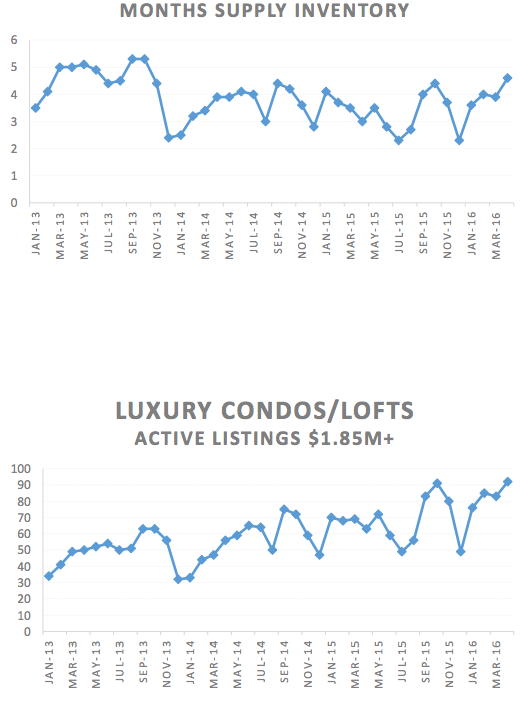 The information contained in this report is taken from a variety of sources including SFARMLS, SPUR, the City of San Francisco Planning Department, the Federal Reserve Bank of San Francisco, the Bureau of Labor Statistics, and others. The data may have errors, omissions and be subject to revisions and is not warranted. It is deemed reliable but is not guaranteed. Questions may be directed to Keller Williams San Francisco | 415.483.9285